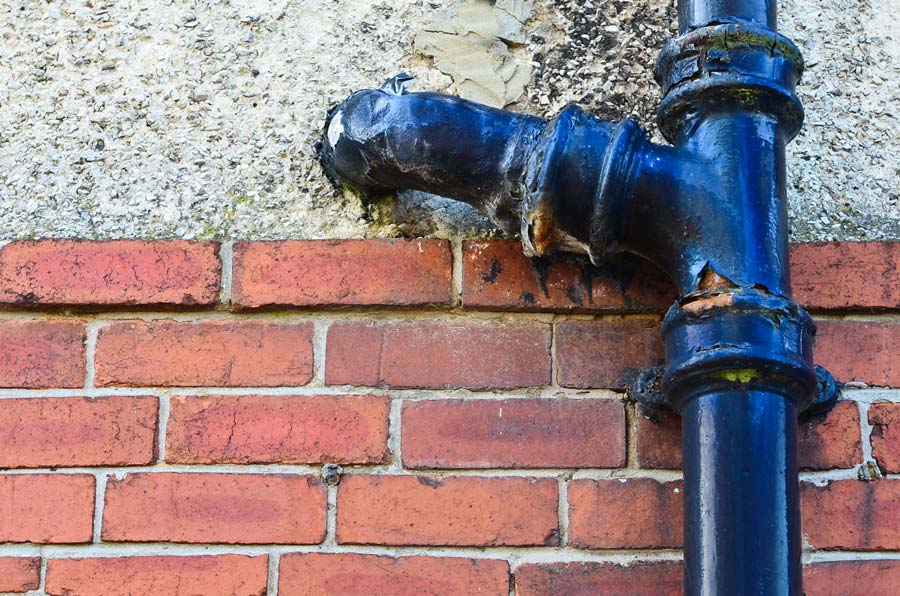 Affects of The Cost of Plumbing Repairs on Cast Iron Piping

Historically, cast iron served as a material to create pressure pipes for French royals in the Palace of Versailles, nowadays cast iron piping has almost entirely been replaced with new materials. However, many older homes built during the 19th and 20th centuries still contain cast iron piping and with the cost of plumbing repairs increasing, whether you should repair or replace your old fashioned pipes is a question many homeowners are asking themselves.

To help you decide, Art Plumbing & Air Conditioning has put together a list of the pros and cons of replacing or repairing your old pipes.

ADVANTAGES: First, cast iron pipes are old. Most were installed before ductile iron piping superseded cast iron in the 1970s, so often they have serviced your home for more than 40 years. One of the main reasons these old pipes cause problems is due to internal corrosion. This is caused when hydrogen gas oxidizes to form sulphuric acid, which corrodes cast iron and can cause structural damage. Corrosion is exacerbated by the fact that cast iron pipes were sand coated in the past, which led to variations in the thickness of the pipe wall that can cause cracks and leaks. Replacing your old cast iron pipes can prevent structural damage caused by old pipes as well as prevent water or sewage leakages.

DISADVANTAGES: The modern plastic CPVC piping is much cheaper than cast iron, doesn’t crack or rust, and is not affected by corrosion. However a disadvantage with plastic piping is that it can be noisy as a result of the low-density material used. Because cast iron is very dense you can’t hear the noise of the water running through these pipes. Another disadvantage of replacing cast iron with plastic piping is that CPVC is not environmentally friendly, as it requires the use of crude oil to be produced.

ADVANTAGES: Although plumbing repairs may seem expensive, there are advantages to maintaining your old cast iron pipes instead of replacing them. While repairing old pipes using cast iron itself can be expensive because there are only a few people who still manufacture them, cast iron and the new plastic CPVC pipes are completely compatible, so you don’t need to spend extra cash on hard-to-find cast iron when your plumber can simply fit a durable plastic replacement for a cast iron pipe that needs retiring.

DISADVANTAGES: Cast iron pipes are often found buried within the foundation slabs of homes or are built into walls. When you consider that not only are cast iron pipe manufacturers are few and far between, replacing the actual pipes can become an incredibly expensive and lengthy process if you need to break through walls or slabs.

When it comes down to it, replacing or repairing your cast iron pipes is something you need to consider seriously, especially with regards to the monetary implications of both options. Although cast iron can be faulty, often it lasts for many, many years before any problems develop. On the other hand, plastic piping is cheap and durable.

June 19, 2019 Things To Consider When Replacing Your Garbage Disposal
March 9, 2020 Ask Art: How Often Should I Check My Bathroom Plumbing?
April 6, 2016 The Difference between Hiring an Apprentice, Journeyman, and Master Plumber
December 2, 2017 When Are Emergency Plumbing Services Needed?
December 9, 2017 Leak Detection 101
July 9, 2018 The Highs and Lows of Your Plumbing Problems

Get Pre-Approved Financing From Service Finance Company For Any Of Art Plumbing, AC & Electric’s Services!